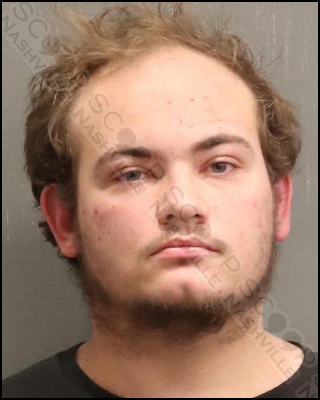 18-year-old Justin Craig was jailed Monday after admitting to throwing a dinner plate at the side of his father’s head during an argument. Andrew Craig complained of pain from the assault and told police his son became angry after the two were in a verbal argument.

Justin Lee Craig was booked into the Metro Nashville Jail and was charged with domestic assault with bodily injury. He is free on a $1,500 bond and was released to his 2429 Crocker Springs Rd address in Whites Creek, TN.