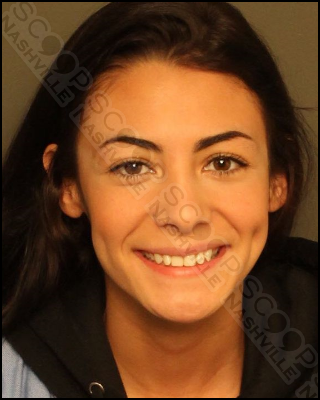 Police say 20-year-old Isabel McLaughlin was attempting to fight citizens at 4th & Broadway in downtown Nashville. When officers asked her to move along and stop fighting, and despite several warnings, she tried to go around officers and continue the assaults. Officers then issued her a state citation for disorderly conduct. She self-booked on that citation this week.

Isabel McLaughlin was cited for disorderly conduct and is scheduled to appear in court in April.