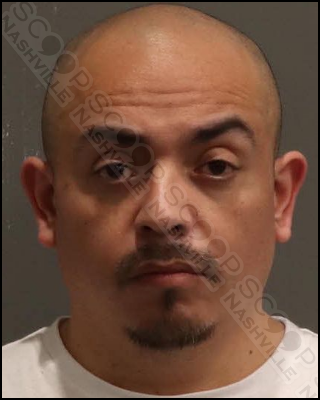 42-year-old David Villareal & 42-year-old Jaclyn Villareal were booked into the Metro Nashville Jail after police say they were called after the two refused to pay a bar tab at the Tin Roof Bar at 316 Broadway in downtown Nashville. David kept repeating he “does not have any credits”, and Jaclyn was also without a way to pay, and they had no means of getting back to the hotel or to request a taxi or ride-share. Unable to be left in public due to their level of intoxication, they were charged with public intoxication and transported to booking. David was reportedly extremely uncooperative with officers.

David & Jaclyn Villareal were each booked into the Metro Nashville Jail on February 15th, charged with public intoxication.