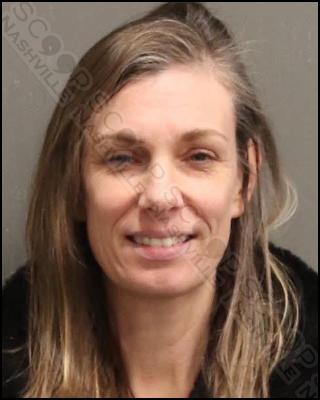 46-year-old Maria Mousourakis told police she had “two bloody Mary’s” for brunch last Saturday, with the last one at about 4 p.m. before crashing her car just after 5:30 p.m. Police say she was “extremely apologetic” about the crash and the car she rear-ended in East Nashville. She admitted to being distracted and causing the crash, and refused all field sobriety and another testing.

Maria A. ‘MaryAnn’ Mousourakis was booked into the Metro Nashville Jail, charged with driving under the influence (DUI), and violation of the implied consent law. She is free on pre-trial release to her 1610 Lillian Street address in East Nashville.