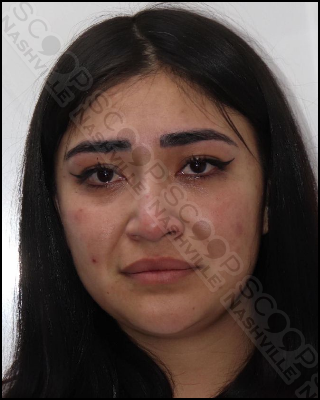 22-year-old Daniela Beltran is charged with theft after police a woman’s wallet was stolen at Kid Rock’s bar on Broadway in downtown Nashville. The victim began receiving alerts her cards were being used at Layla’s bar just two blocks away. The victim, Emily Johnson, went to Layla’s bar and found Daniela and a Hispanic male in possession of the stolen wallet. The male fled the scene prior to the officer’s arrival, and Beltran was taken into custody. The victim says she spoke in English to her before the police arrived, but would only speak in Spanish to the police.

Daniela Beltran was booked into the Metro Nashville Jail on February 13th, charged with theft. She is free on pre-trial release.