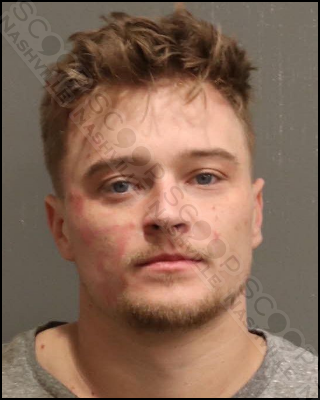 27-year-old Connor House is free on a $30,000 bond, charged with the felony aggravated assault with a deadly weapon of two bouncers at Rebar Midtown. Shane Jenkins and Noah Cahours say House threw and shattered a beer bottle, causing them both to sustain visible injuries. They detained him after a brief chase, until police arrived.

At the time of this arrest, Connor House was free on a $15,000 bond from A Around the Clock Bonding after causing $17,000 of damage to his parent’s home when they locked him out. At the time of that arrest, he was also free on another $17,000 bond with the same company, after two domestic assaults on his girlfriend.