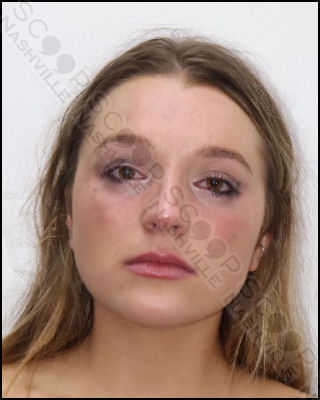 Metro Nashville Police say 22-year-old tourist Greta Runge ignored their commands after they found her extremely intoxicated and punching a brick wall near Whiskey Row on Broadway in downtown Nashville. She was charged with public intoxication.