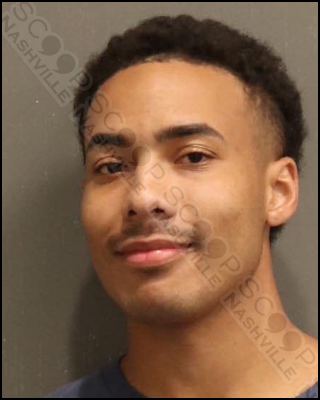 21-year-old Tavis Cobb was leaning against a car in the Commerce St garage downtown Sunday night, believing it was his friend’s vehicle. When someone came up to the car and unlocked it, Tavis climbed inside, too intoxicated to realize it was neither his friend, nor his friend’s vehicle. He was unable to call anyone, he didn’t have a phone with him, and only knew he was “in Nashville”. Cobb was charged with public intoxication and taken to booking for the night.