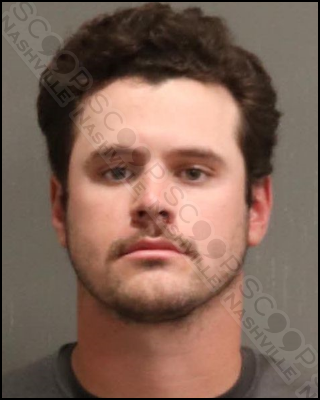 Police say 23-year-old musician Bitty James Ladd admitted during an interview to punching his friend, Jeffrey Webb, after a night of drinking in downtown Nashville. The assault resulted in two disfigured teeth, pain, and over $10,000 in medical costs. Ladd is charged with felony aggravated assault resulting in serious injury, and is free on a $2,500 bond.