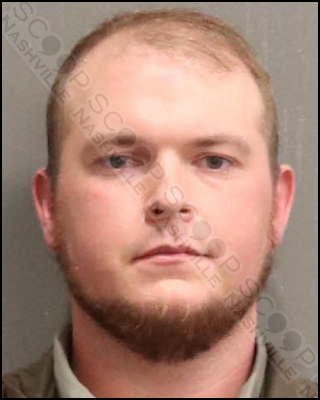 24-year-old Blake William Miller was booked into the Metro Nashville Jail Saturday evening just after 8 p.m. as he caused a disturbance at Honky Tonk Central and refused to leave after he was kicked out of the bar. Security eventually had to call Metro Police Officers and encountered Miller, who initially claimed to have left his debit card inside, but then changed his mind about its location, and noticed he was heavily intoxicated. After Miller continued to refuse to leave the premises, he was transported to booking, and charged with public intoxication.