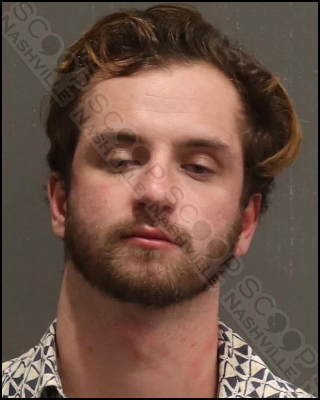 26-year-old Elijah Gang was driving around in a recently crashed vehicle when he drove right into an area which police were preparing for the NYE event in downtown Nashville. An officer approached him to make sure he was ok, and that he realized how damaged his vehicle was. The front-end had heavy damage and the left front time was completely flat. Gang repeatedly reeked of alcohol and refused to answer most questions. Inside the Toyota Rav4 was an open Miller High Life beer can and multiple cans of Sierra Nevada Hazy Little Things. Gang was charged with DUI, violation of the implied consent law, and open containers. He was booked into the Metro Nashville Jail, just a few blocks away, and is free on pre-trial release.