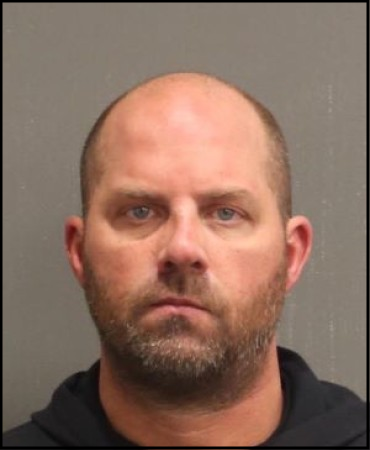 Musician Sara Evans Barker filed for divorce from former football quarterback and radio personality Harry ‘Jay’ Jerome Barker in August of 2021, citing “irreconcilable differences and inappropriate marital conduct”. Jay was not participating in court proceedings, and Sara’s lawyer last month requested a Nashville Judge to enter a default judgment, granting the divorce according to the terms of their 2008 marriage agreement (link), which would leave both parties as they came to the marriage, with no additional monies or assets granted to either party upon divorce, and removing either party from any asset claims or distribution upon the death of either party if a divorce occurred.

On January 15th, Metro Nashville Police arrested Harry ‘Jay’ Jerome Barker, charging him with felony aggravated assault with a deadly weapon after they say he got into his vehicle and drove in reverse at a high rate of speed in an attempt to ram a vehicle in which his estranged wife, Sara Evans, was a passenger. The arrest narrative is below:

On 01/15/2022 around 0130 hours, I was dispatched to 775 Norwood Drive for a domestic disturbance. The victim (Sara Evans Barker) and the defendant (Harry Jerome Barker) are married but separated and live separately. Upon arrival, I made contact with the witnesses (Emma Caldwell, Olivia Schelske, Adam Story) and the victim. The victim stated that she was attending a party at her neighbor’s house who lives across the street at 780 Norwood Drive. The victim stated that when the party was coming to an end, she got in the passenger seat of a vehicle and had one of the witnesses drive her across the street. As the vehicle she was in was crossing the threshold of her driveway she saw the defendant reversing in his vehicle at a high rate of speed attempting to hit them but missed. The Vvctim then stated he drove away on Norwood Drive as she contacted the police. I made contact later with the defendant when he drove back by the house and made contact with him. The victim and the witnesses stated the defendant was intentionally trying to strike them. I am attempting to obtain warrants due to the victim and the defendant’s domestic relationship as well as the corroboration of the witness story.

Barker is free on a $10,000 bond to his 538 Shades Crest Drive address in Hoover, AL, and is scheduled to appear in court in March. The request to have the judge finalize the divorce due to Barker’s failure to respond or participate in the proceedings is currently pending a final hearing date.

An agreement signed by both parties in 2008, states that any divorce that shall happen in the figure will require “the actual reasons for divorce shall be kept private to the extent possible” and “neither party will discuss or reveal the terms of the agreement, and the terms and conditions shall remain confidential”