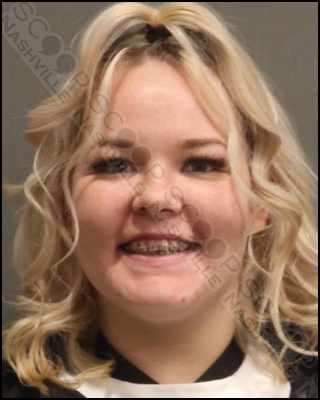 24-year-old Seairra Reiter was booked into the Metro Nashville Jail Sunday on multiple outstanding warrants charging from a prior incident during which she was transported via ambulance. Police say she became aggressive with EMS personnel and was kicking and spitting on them. Once in the back of the ambulance she removed her tampon and used it to assault one of the paramedics.

The original incident happened in 2019, as Seairra Reiter was being transported to Metro General Hospital via ambulance. police say she was violent and threatening to both ambulance and emergency room staff, despite restraints. She is charged with assault of officer/first responder, disorderly conduct, and resisting arrest. She is free on pre-trial release.