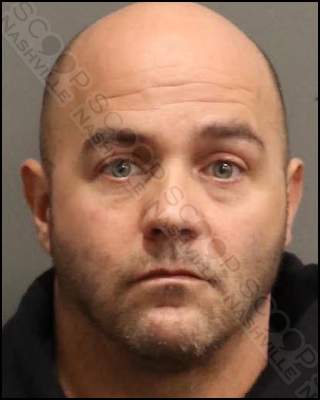 Metro Nashville Police located 47-year-old David Kariotis at his Infinity Music Row apartment and took him onto custody for outstanding out-of-state warrants in Chicago, who wishes to extradite him into their custody. Once he was booked into the Metro Nashville Jail, he was given a $150,000 bond on the fugitive of justice warrant. He then had a source hearing for his funds, posted the $150,000K bond via Grumpy’s bail bonds, and walked out the door.

David Kariotis was charged with a fugitive of justice warrant, and was released from custody, and was not extradited to Chicago. He is free on a $150,000 bond, via Grumpy’s Bail Bonds, to his 1221 Division St #330 address in Nashville.