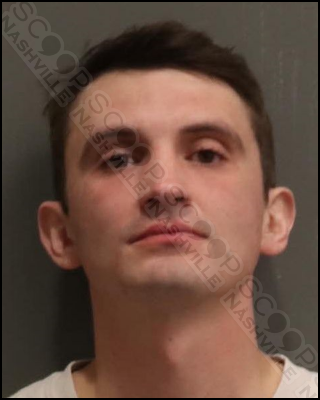 Metro Police say 27-year-old Blake Redman was extremely intoxicated at Rippy’s on Broadway in downtown Nashville. He was reportedly being confrontational with the NFD Fire Chief who was on the scene. Due to his level of intoxication and inability to care for him, he was charged with public intoxication and transported to booking.