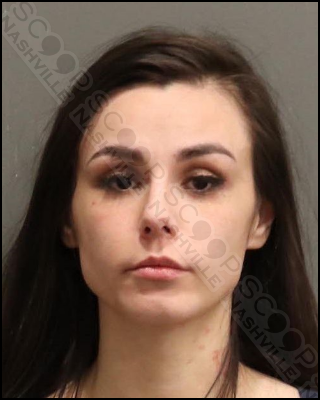 28-year-old Secret Eisenschmidt was caught on camera assaulting another female on Broadway in downtown Nashville late Wednesday night. When officers arrived she was obviously extremely intoxicated, according to a report, and witnesses described the fights she had been in with several people, including the one in the video. with no one wishing to press charges for the assaults, she was charged with public intoxication for her own safety.

Secret Emeline Eisenschmidt was booked into the Metro Nashville Jail and charged with public intoxication. A commissioner set her bond at $50.