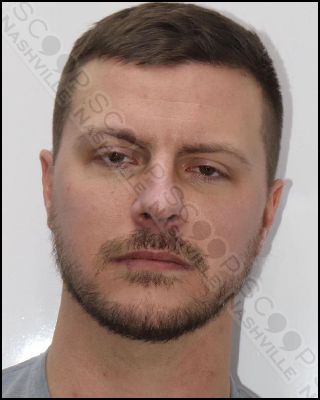 29-year-old Tyler Roberts was at the Hilton Hotel in downtown Nashville when he decided to get behind the wheel of a vehicle they had valet parked at the business. Hotel staff contacted police who say Roberts was visibly impaired, unsteady on his feet, and speaking with slurred speech, all while reeking of alcohol. Unable to locate anyone to care for him, he was taken into custody and charged with public intoxication.

Tyler Braxton Roberts was booked into the Metro Nashville Jail on February 18th, charged with public intoxication. A commissioner set his bond at $100.