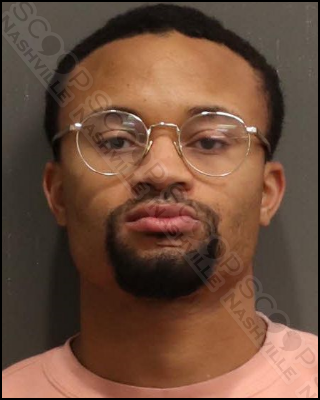 26-year-old Armon Dooley was kicked out of Honky Tonk Central and was escorted to the door, during which time he reportedly swung at multiple bounces, striking a female bouncer with his fist. No one wanted to press charges, just for him to leave the property. Police observed Dooley move fifteen feet down the sidewalk but refused to leave. Officers hailed a cab for Dooley and he refused to get inside.

Armon Dooley was booked into the Metro Nashville Jail on February 20th, charged with public intoxication. A commissioner set his bond at $100.