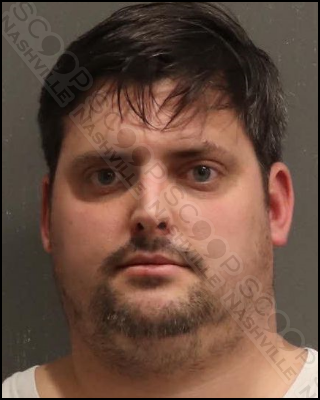 Just after 1 a.m. Sunday, police responded to the lobby of the apartments at 1515 Demonbreun Street in downtown Nashville and met with 30-year-old Matthew Godwin. The concierge had asked Godwin multiple times to return to his residence due to his level of intoxication and harassment of another resident who was in the lobby. Officer Ricardo Cruz escorted the man upstairs to his apartment and informed him if he returned to the lobby in his current state, he could be arrested. Five minutes later, Godwin was back in the lobby causing issues. He was transported to booking.

Matthew Allan Godwin was booked into the Metro Nashville Jail on February 20th, charged with disorderly conduct. He is free on pre-trial release to his 1515 Demonbreun Street address in Nashville, TN