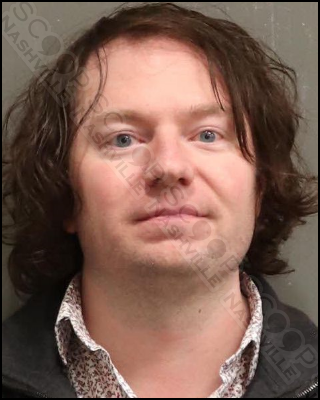 Metro Police had a road blocked off due to a downed power line Saturday in East Nashville when they say 38-year-old Christopher Mask just simply ignored them and all their flashing lights and emergency equipment, and tried to continue on his way. Police were able to stop the car and immediately noticed a strong smell of alcohol. Mash told them he had just consumed a vodka drink at the Lipstick Lounge prior to driving. Mask performed poorly on field sobriety tests and was transported to booking.

Christopher J. Mask was booked into the Metro Nashville Jail on February 20th, charged with driving under the influence (DUI) and violation of the implied consent law. He is free on pre-trial release to his 809 Heritage Circle address in Madison.