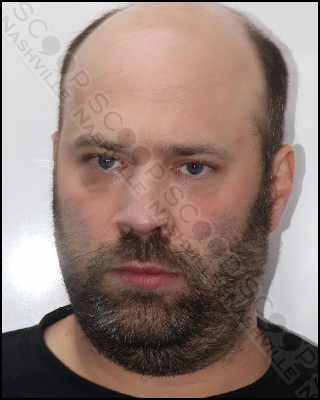 38-year-old Derrick Scott Waggoner was taken into custody during the NHL Stadium Series game Saturday. Police say he was extremely intoxicated and refused to leave the area of Gate 9 when asked. He was barely able to stand on his own, and was deemed unable to care for himself. He is charged with trespass and public intoxication.

Derrick Scott Waggoner was booked into the Metro Nashville JAil on February 26th, charged with public intoxication and criminal trespassing. He is free on pre-trial release to his 2723 Central Valley Rd address in Murfreesboro, TN.