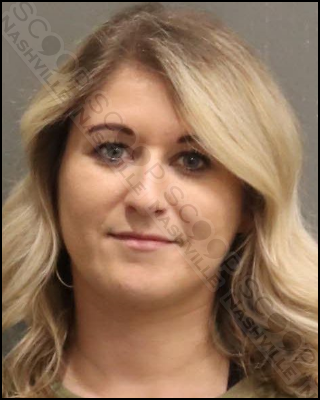 28-year-old Kathryn HaleyGilmore is charged with felony vandalism after confessing to Berry Hill Police that she vandalized the truck of Paul Hooks, which was parked outside of his residence. Officers described the damage as “extensive” and the result of being scratched with a key. The victim says she threatened to key his vehicle earlier in the evening.

Kathryn Haley Gilmore was booked into the Metro Nashville Jail on April 21st, charged with felony vandalism. She is free on a $2,500 bond to her 419 Lincoya Bay Drive address in Nashville.