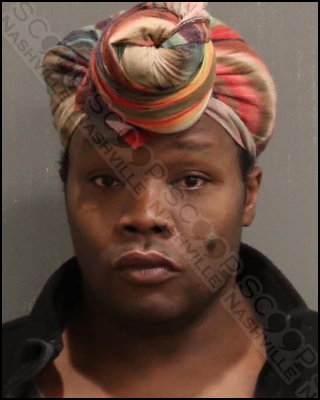 33-year-old Zurii De-Sean McGee Stines was jailed this week on an outstanding warrant charging her with theft of property from her cousin, Tattiauana Davis. After noticing funds were missing from her bank account, an investigation revealed Zurii had used Tattiauana’s phone multiple times over a seven-week period, during which time she used the victim’s CaspApp to transfer a total of $860 to herself.

Zurii De-Sean McGee Stines was booked into the Metro Nashville Jail on April 17th, charged with theft. A commissioner set het bond at $1,000 and she was given pre-trial release to her 420 Capital Street address in Madison.