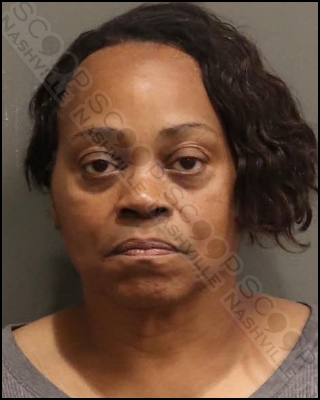 67-year-old Vivian Crawford continues to constantly violate orders of protection, bond conditions, and no-contact orders issued by the Court. In her 2nd arrest this week, she continues to not understand her ex-boyfriend, Tony Smith, just isn’t into her and continues to appear at his home. Most recently she showed up just before midnight pounding on his door, and when he opened it, she pointed a pistol at him, threatened to kill him, and pulled the trigger on the unloaded weapon. She returned again just before 1 a.m. and repeated the same actions, repeated pulling the trigger while pointing the unloaded gun at him.

Vivan Lucille Crawford was booked into the Metro Nashville Jail on April 28th, charged with aggravated stalking, two counts of violating a no-contact order, and three counts of violating an order of protection. She is free on a $3,500 bond to her 2210 12th Ave S. address in Nashville. This was her second arrest this week.