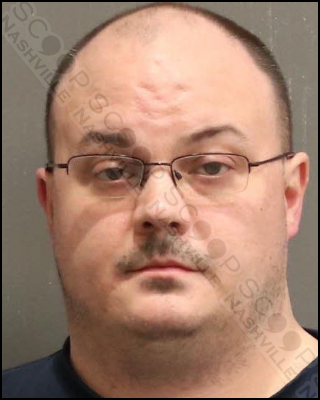 Metro Nashville Police say they found 34-year-old Jeffrey Halm passed out behind the wheel of his Tesla at the corner of Gallatin Ave. & Eastland Ave. in the early hours of Monday morning. It took multiple attempts to get Halm alert and awake, at which time he became hesitant to exit the vehicle. He reportedly swayed back and forth and answered every question with “I want my lawyer”, over and over again. Police located an unopened bottle of beer in the cupholder.

Jeffrey Halm was booked into the Metro Nasvhille Jail on February 14th, charged with driving under the influence (DUI) and violation of the implied consent law. He posted a $2,000 cash bond and was released to his 515 Madison Street address in Nashville.