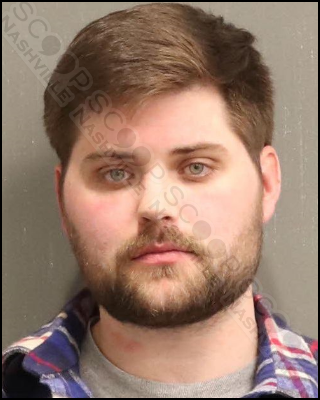 Police responded to Tennessee Ave after neighbors reported what appeared to be a man breaking into vehicles. What they found was 26-year-old Conner Brown on a front porch, heavily intoxicated, and lost. Brown relayed he had been out drinking on Broadway in downtown Nashville and was attempting to locate his AirBNB. He didn’t know anyone’s phone number to call assist him and had lost his phone. Multiple neighbors had called to report he was yelling and screaming and cursing in the yards of the neighborhood. He had knocked so loudly on the front door of the porch he ended up on that the reside hid in the closet from fear.

Conner Douglas Brown was booked into the Metro Nashville Jail on February 19th, charged with public intoxication. A Commissioner set his bond at $100.