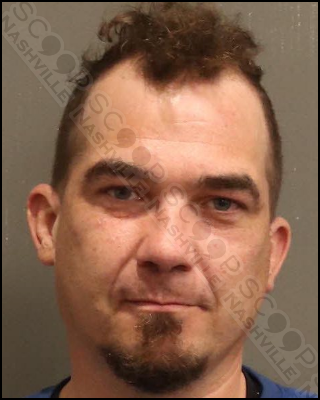 44-year-old Matthew Weiner, of Sioux City, Iowa, was jailed on a disorderly conduct charge after Nashville Airport Police were advised he was heavily intoxicated aboard a Southwest Airlines aircraft. Airline staff escorted him off the place and he was denied re-boarding for the remainder of the day, at which time he began “flipping off” other passengers, employees, and onlookers while using profanity loudly. He refused directives to leave the secured area of the airport on his own and was taken into custody.

Matthew John Weiner was booked into the Metro Nashville Jail on February 24th, charged with disorderly conduct. He is free on pre-trial release to his 3106 6th Ave address in Sioux City, IA.