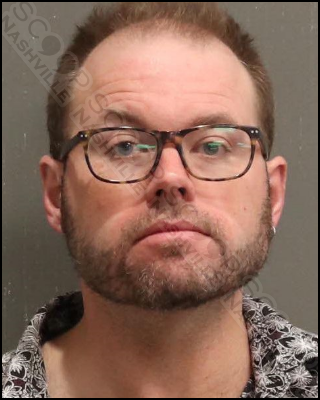 37-year-old Zachary Goforth was found asleep behind the wheel of his car on the shoulder of the road in East Nashville Monday night. He admitted to having “a couple of shots” of alcohol prior to driving, and officers located a bottle of Whisky wedged between his seat and the center console that was a third empty. He was unsure how he ended up on the shoulder of the road and refused to participate in field sobriety tests. He did blow a 0.18% BAC on a breathalyzer.

Zachary Goforth was booked into the Metro Nashville Jail on February 28th, charged with driving under the influence (DUI). He is free on pre-trial release to his 127 Gordon Terrace address in Nashville.