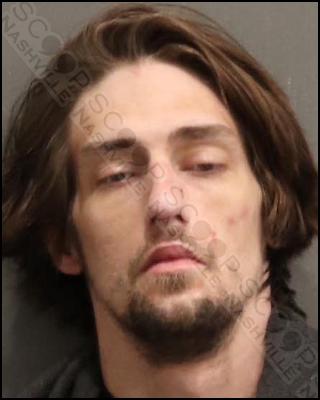 26-yar-old Michael Collins was arrested Wednesday on an outstanding warrant charging him in a sword attack of his lover, Tavon Knox. Police say the two lived together and were in a heated argument during which Knox was laying down on the bed. Michael reportedly grabbed a sword and attempted to stab the victim, however, the victim blocked the sword and knocked it away. Michael then jumped on the victim and punched his body until he yelled he was going to call the police, at which point Michael fled. A roommate observed a portion of the assault. The victim refused to turn over the sword to police as evidence.

Michael Collins was booked into the Metro Nashville Jail on March 2nd, charged with aggravated assault with a deadly weapon. A commissioner set his bond at $