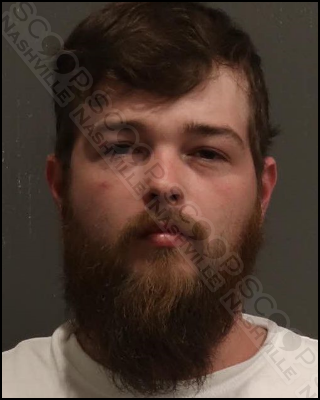 Police say 29-year-old Daylon Wall was involved in a motor vehicle crash on South 2nd Street and when an officer directed bother drivers to pull onto Crutcher Street to lessen the impact to traffic flow, Wall accelerated and fled the scene. Warrants for his arrest were issued on January 24th, and he was booked into jail on those warrants Wednesday.

Daylon James Wall was booked into the Metro Nashville Jail on March 2nd, charged with leaving the scene of an accident and failure to file a report. He is free on pre-trial release to his 956 W. Long Street address in McEwen, TN.