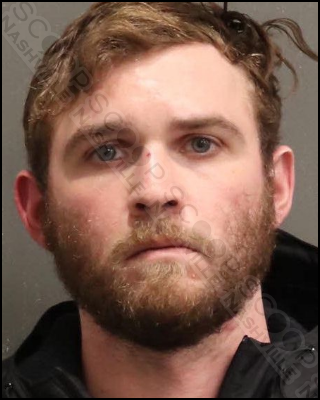 24-year-old Joseph Rock was found in his vehicle blocking a lane of traffic on an entrance ramp to I-24. He states he was driving on the interstate when a semi-truck struck his vehicle. Police say he was heavily intoxicated and reeked of alcohol. He was swaying as he attempted to stand, and declined field sobriety tests. Rock blew a 0.172% BAC on a breathalyzer.

Joseph Rock was booked into the Metro Nashville Jail on February 27th, charged with driving under the influence (DUI). He is free on pre-trial release to his 8160 Stewarts Ferry address in Nashville.