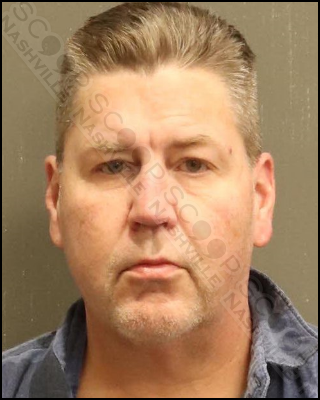 A convenience store employee says 52-year-old Michael Boswell was already “in an abnormal state” when he purchased alcohol Tuesday afternoon. Moments later he would roll his 2020 Ford Fusion within view of the store. As police and medics responded to the upside-down car, they documented multiple beer bottles resting on the inside roof of the car. They say Boswell’s breath reeked of alcohol, and he had slurred speech and glazy eyes. He has two prior DUIs in 2001 and 2003.

Michael Scott Boswell was booked into the Metro Nashville Jail on March 1st, charged with driving under the influence (DUI). He is free on pre-trial release to his 1204 Lakewalk Drive address in Antioch, TN.