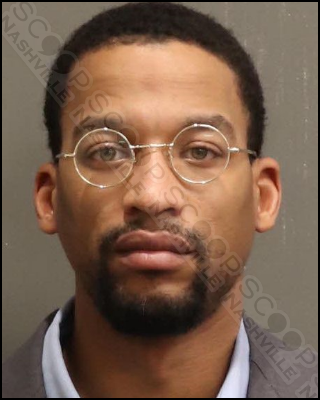 35-year-old Charles Michael Graham Jr., a Librarian Assistant at Fisk University, is charged with the sexual battery of his female roommate, who says he touched her sexual areas without consent and became aroused during a massage. Heaven Pryor told police Graham, who is her roommate, offered to give her a massage, and she accepted. She says she told him she was “gay as f–k”, and was not into him in any sexual way. She says Graham moved from her back to her buttocks and then to her public areas and other parts of her body, each time with her having to tell him to stop. She states he also stopped multiple times due to getting aroused. He is free on a $2,000 bond.

Charles Michael Graham, Jr., was booked into the Metro Nashville Jail on March 10th, charged with sexual battery. A commissioner set his bond at $2,000. He posted bond and was released to his 1600 Heiman Street address in Nashville.