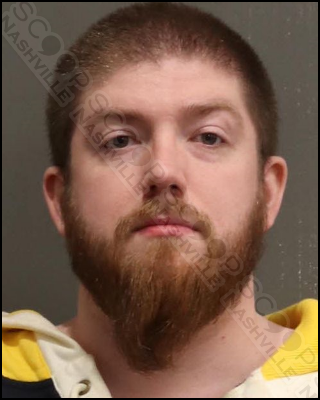 Police say 26-year-old Trevor Alexander Davenport has now confessed to sending sexually explicit videos and images of himself to a 16-year-old boy via Snapchat. The incident happened on March 12th, while Davenport was working at the Bridgestone Arena in Nashville. The 16-year-old male victim disclosed the incidents in the days after the event to the Franklin Police Department, who interviewed Davenport. Davenport is free on a $50,000 bond.

Trevor Alexander Davenport was booked into the Metro Nashville Jail on April 7th, charged with sexual exploitation of a minor and solicitation of a minor. He is free on a $50,000 bond to his 7406 Bridle Drive in Nashville.