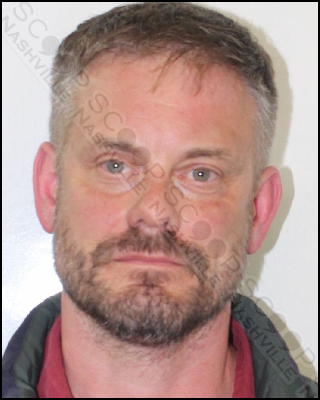 48-year-old Canadian tourist Christopher Andrew O’Malley is charged with the domestic assault of his wife at the intersection of 2nd Ave & Broadway in downtown Nashville. Bishoy Malk was downtown when he noticed Tracy O’Malley on the street, crying. As he asked if the lady needed assistance, her husband, Andrew O’Malley, walked behind her and placed her in a “rear-naked choke” (RNC) hold. Malk alerted a nearby Trooper who broke up the assault. Tracy was persistent that “nothing happened”, however, there was a street full of witnesses, including the THP Trooper.

Christopher Andrew O’Malley was booked into the Metro Nashville Jail on April 2nd, charged with domestic assault with bodily injury. He posted a $1,500 cash bond and was released to his 1017 Hold Road address in Campbell River, British Columbia. #OhCanada!