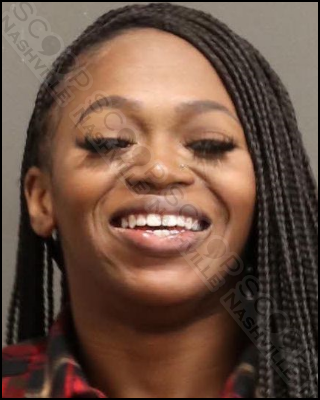 22-year-old Eshaundra Patton says she drank Casamigos tequila at House of Legends Bar on Jefferson Street before police found her passed out asleep behind the wheel of her vehicle in the middle of an interstate ramp early Saturday morning. She performed poorly on field sobriety tests and stated she only ate a few bites of a Philly cheesesteak egg roll with all of her liquor. She’s charged with DUI.

Eshaundra Patton was booked into the Metro Nashville Jail on April 9th, charged with driving under the influence (DUI). A commissioner set her bond at $1,000 and she was given pre-trial release to her 1222 N 2nd Street address in Nashville.