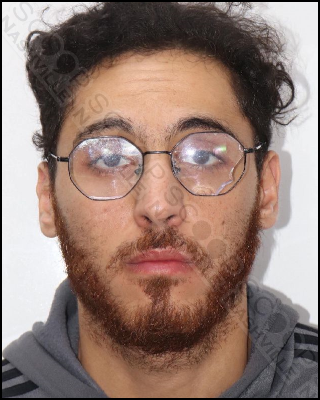 27-year-old Ahmed Hell is charged with the brutal assault of his wife of four months, Reem Taqi Al-Sarrf. Witnesses say he blocked his wife’s car in at a Nashville Sonic on Wednesday, tore her door open, and began to kick and punch her face and body, resulting in bleeding from her head and mouth and multiple injuries across her body.

Ahmed Hell was booked into the Metro Nashville Jail on April 27th, charged with domestic assault with bodily injury. He is free on a $1,500 bond to his 1150 Vultee Blvd address in Nashville.