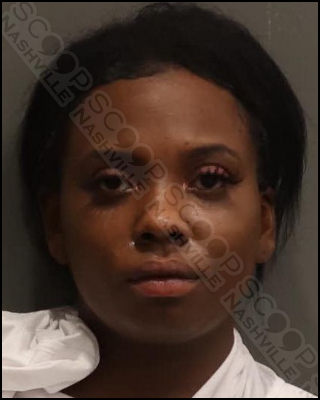 30-year-old Malika Baker crashed her vehicle at 2nd & James Robertson Parkway in downtown Nashville. When police arrived the vehicle was still running and in reverse. Baker eventually admitted to drinking three shots of tequila prior to driving. She is charged with DUI.

Malike Rahaja Baker, of Clarksville, TN, was booked into the Metro Nashville Jail on May 1st, charged with driving under the influence (DUI). A commissioner set her bond at $2,500 and she was given pre-trial release.