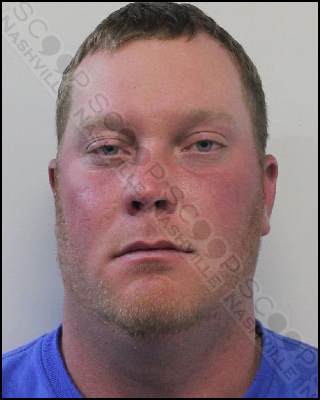 Metro Nasvhille Police officers working the Entertainment District Initiative in downtown Nashville observered 27-year-old Alexander Bevis stumbling into the roadway near Broadway & 1st Ave this weekend. Officers made contact to keep him out of the roadway and safe, and immediately noticed his extreme level of intoxication, describing him as “belligerent.” Unable to care for himself in his current state, and unable to locate his friends or family, he was taken into custody and charged with public intoxication.

Alexander R. Bevis was booked into the Metro Nasvhille Jail on May 7th, charged with public intoxication. A judicial commissioner set his boned at $250.