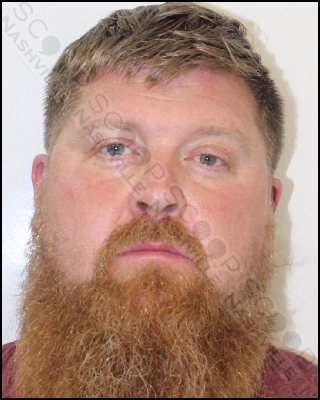 Metro Nashville Police working the downtown Nashville Entertainment District Initiative (EDI) say 44-year-old Emery Thompson was fighting another man near 5th & Broadway just before midnight Friday night. The fight seemingly ended as officers approached the two involved parties. As the other man was not looking, Thompson suddenly sucker-punched him after the fight was finished by all accepted man-code standards. Officers understood their assignment and took the tourist into custody.

Emery A. Thompson, of Railroad Ave in Prichard, WV, was booked into the Metro Nashville Jail on May 21st, charged with disorderly conduct. A commissioner set his bond at $1,000, and the Davidson County Sheriff’s Office gave him pre-trial release from their facility.