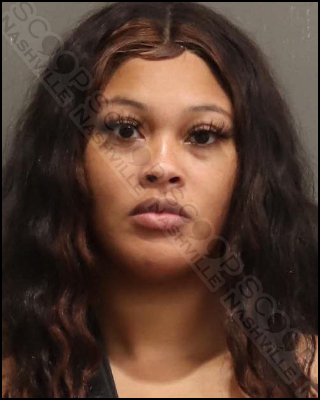 21-year-old Victoria Craig was booked into the Metro Nashville Jail Sunday morning after police observed her crash her vehicle onBrick Church Pike. Craig was driving, with Allison Reese in the passenger seat. They ran a red light and struck a vehicle driven by Karl Batson. All three were transported for medical evaluation and treatment of minor injuries. While inventorying Craig’s car for towing, officers located a half-empty bottle of White Zinfandel in the driver’s cupholder, a bottle of Cosmopolitan Effen Vodka in the passenger side floorboard, and a bag of marijuana in the other cupholder. During an interview, Craig admitted to drinking shots and smoking marijuana prior to driving.

Victoria Janaee Craig was booked into the Metro Nashville Jail on May 22nd, charged with driving under the influence (DUI), open container, and driving without a license.