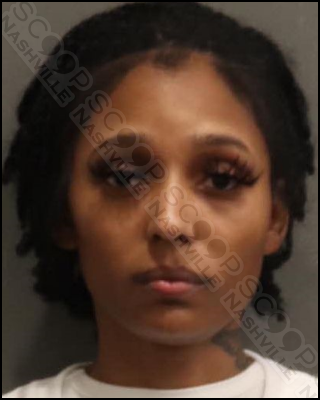 First responders found 23-year-old Jayda Buford passed out in the driver’s seat of her vehicle, which was blocking traffic at 6th & Demonbreun in downtown Nashville just before 4 a.m. Saturday. Once oriented and aware, she stated she had “two ClubTails” and an additional alcoholic drink. She performed poorly on field sobriety tests and was transported to booking and charged with DUI.

Jayda N Buford, of Lascassas Pike in Murfreesboro, TN, was booked into the Metro Nashville Jail on May 21st, charged with driving under the influence (DUI). A commissioner set her bond at $2,500, and the Davidson County Sheriff’s Office gave her pre-trial release from their facility.