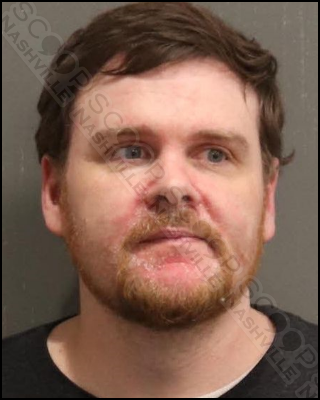 39-year-old Michael Rositano was jailed this week on an outstanding warrant from 2020, which details the theft of over $30,000 of music equipment from the studio of Jonah Fecteau. Police say the two had lived together for just over a year at the time of the theft. Detectives located some of the items at local pawn shops and Rositano used his own photo ID for those transactions. Over time, Rositano contacted the victim multiple times offering to “make it right”, and asking if he could just repay the money or be sued civically instead of prosecuted criminally, thereby confessing to the thefts.

Michael Rositano was booked into the Metro Nashville Jail on May 24th, charged with felony theft from the individual, and theft on one of the items the pawnshop lost money on. He is free on a $12,000 bond.