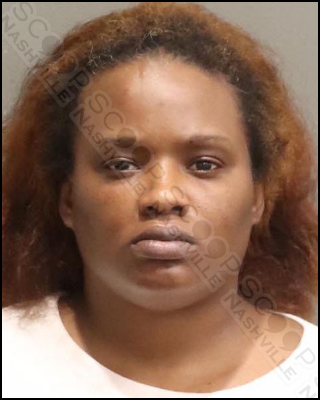 35-year-old Crystal Maxim-Jones was jailed this week, charged with child abuse. Metro Nashville Police responded to Bishopsgate Road in Antioch, where witnesses reported Maxim-Jones and her 15-year-old daughter were having an argument over “food items”. She reportedly struck the child 8-10 times with a closed fist, impacting her head and face. Officers documented cuts on the child’s face and forehead.

Crystal Maxim-Jones was booked into the Metro Nashville Jail on May 24th, charged with child abuse. A judicial commissioner set her bond at $1,000. She remained jailed at the time of publication.