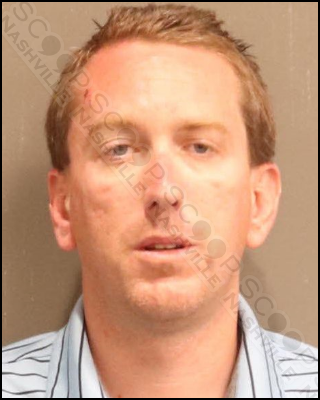 Metro Nashville Police working CMA Fest in downtown Nashville Friday night responded to a call about a man fighting with the manager at the 3rd Ave S. location. While working that call, they encountered the subject’s friend, 38-year-old Kirk Dean McCoy, who was holding on to his friend in order to stand upright and was highly intoxicated. When officers asked McCoy to step aside so they could continue their investigation, he physically got between the subject and officers to prevent them from continuing their investigation. After being asked to move along multiple times, he was placed into custody for public intoxication.

Kirk Dean McCoy, from Colorado, was booked into the Metro Nashville Jail on June 9th, charged with public intoxication. A judicial commissioner set his bond at $100.