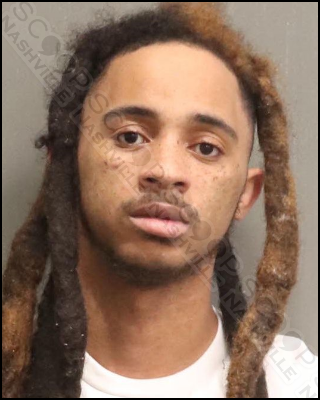 Acting on information concerning McElvain’s whereabouts, detectives saw him getting into the passenger seat of a silver Dodge Challenger. As officers attempted to stop the car, McElvain fled on foot. He was found hiding between parked vehicles. The stolen gun, a nine-millimeter semi-automatic pistol, was found wedged in the Challenger’s passenger seat.