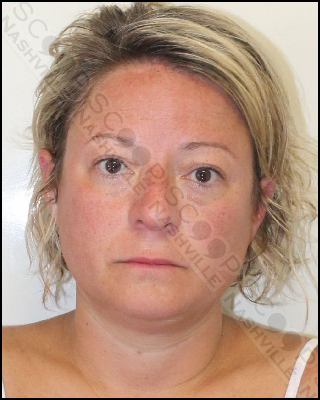 TWRA Officers observed 42-year-old Lucille Gonyea & 58-year-old Dominic Napolitan on a jet ski near Hamilton Creek while visibly intoxicated. Dominic was operating the vessel with a half-worn life jacket while holding a styrofoam cup he attempted to hide when the officer approached. Both parties reportedly reeked of alcohol, and Dominic performed poorly on field sobriety tests. TWRA Officer Joshua Landrum took both parties into custody.