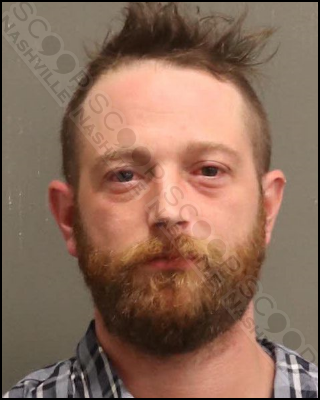 Nashville Airport Police responded to American Airlines C15 Gate area Sunday after 35-year-old Matthew Slater was denied boarding due to his extreme level of intoxication. Officers attempted to explain he would simply be rebooked for the following morning and escort him outside of the secure area of the airport so he could arrange for somewhere to stay for the evening. Slater became increasingly upset he would not make his scheduled flight and refused to leave the secured area of the airport. He was eventually taken into custody and charged with public intoxication. Slater later posted on social media to his friends: “After SEVERAL delays, Massive problems and a night in an airport, finally making it to Chicago”.

Matthew Evans Slater was booked into the Metro Nashville Jail on June 19th, charged with public intoxication. A judicial commissioner set his bond at $1,000.