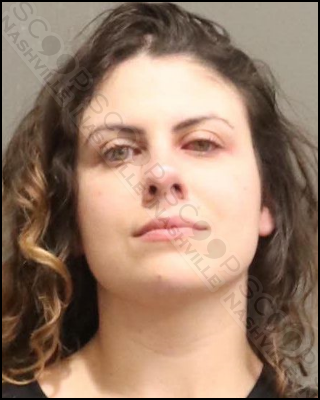 27-year-old Noel Saad, who was recently arrested in Clarksville after being found so drunk outside of a bar that she couldn’t properly walk was arrested again this weekend, in Nashville. Just before 11 p.m. Saturday, officers working the Entertainment District Initiative noticed her in an extreme state of intoxication and laying in the middle of the intersection at 5th & Broadway. She refused to move, stating that an unknown male told her to “go lay in the road”.

Noel Saad, of Clarksville, was booked into the Metro Nashville Jail on June 25th, charged with public intoxication. A judicial commissioner set her bond at $10.