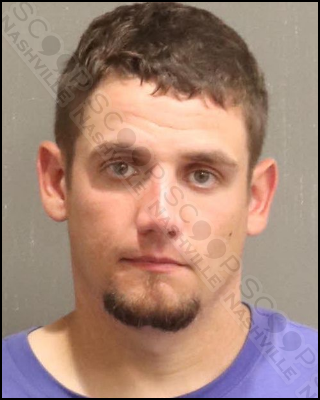 Security at Kid Rock’s Big Ass Honky Tonk Rock n’ Roll Steakhouse says 25-year-old Tristan Cummings was kicked out for being unruly inside the bar. Bouncers received multiple complaints about Cummings grabbing and touching other patrons inside the bar and a large disturbance was developing. Metro Nashville Police arrived and took Cummings into custody for public intoxication. Cummings disclosed he had about 8 drinks while inside the bar.

Tristan Cummings, of Indiana, was booked into the Metro Nashville Jail on June 26th, charged with public intoxication. A judicial commissioner set his bond at $10.